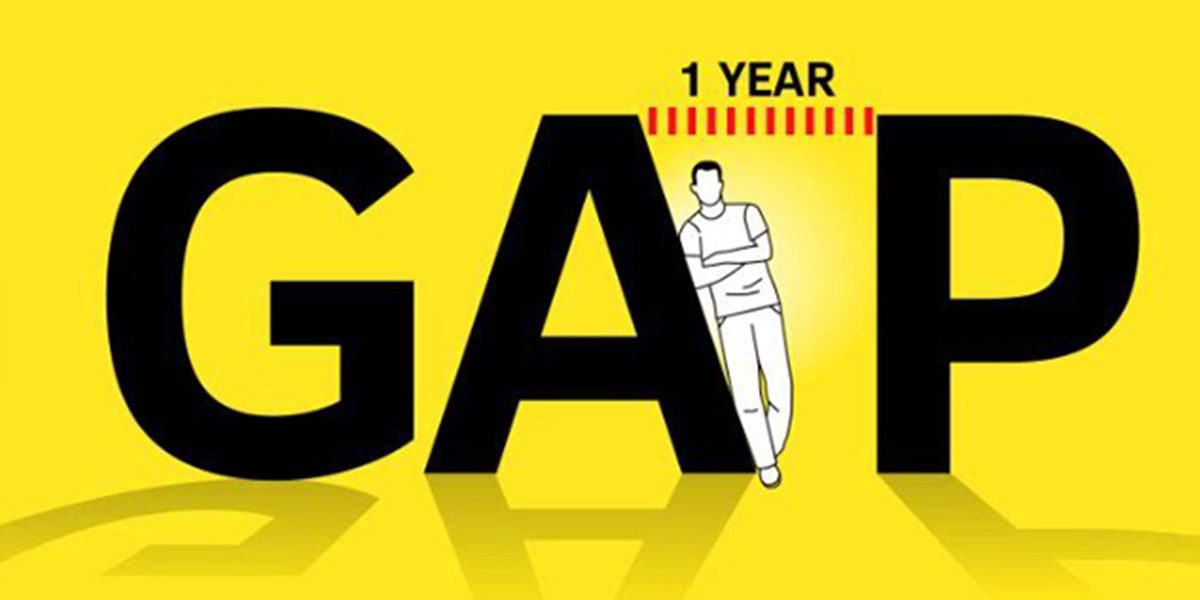 Back then, when I was in school, taking a break in one’s formal education, whether between high school and college or between one’s undergrad and postgrad degrees was considered as out of the ordinary. Between then and now, things have changed, and students and colleges think differently. As more and more Indian students tinker with the idea of crossing over the Indian shores and making their way out to study, it is not surprising that students and parents alike are more open to embracing the Western concept of a “GAP YEAR”. According to sources, the number of Indian students enrolled in universities abroad has increased tremendously and the figure stands at roughly 2.2 lakh. While no official statistics exist on the number of gap year students, basis some bit of research it is not difficult to understand that a lot many Indian kids going abroad are making this informed choice. So, then what is a “GAP YEAR” really?

A Gap year means a planned break in the academic cycle, and for all the school students reading this, it means taking a year off between high school and college.

After all the strenuous years of high school study, does this idea sound appealing? Is it a good option to pause and mull over the plethora of choices now available to study? Mili is one such Indian kid who took a gap year back in 2002……She says “I was absolutely certain about going outside India to study but my parents were interested that I do engineering in India. For their sake, I tried coaching classes to study for the engineering entrance exams and through this first hand experience was surer than ever about going abroad. I was always aware that I could take a gap year and apply to the US. During the gap year, I invested time in taking the SAT, in writing my applications and in taking a few handy courses.”

From her experience Mili will tell you that for a gap year student it becomes even more critical to make the admission officers see reason for taking the gap year and to bring that out in the essay. So if your reason is only to write applications/to take the SAT during the gap year, then think again. She says, “I worked exceptionally hard during the gap year and took a couple of courses relevant to the area of study that I was interested in, which came across as a positive to the admissions officers. That apart I had a compelling story to show in my essay.” Though Mili did face resistance from her parents, her grit and hard work during her gap year won her an admission offer to the prestigious Duke University with 100% merit scholarship.

Today, young people approaching the end of school are uniquely privileged to be able to contemplate taking three, six or 12 months off before going on to the next phase of their lives. Some parents may still feel a knee-jerk resistance to the idea of ‘interrupting’ an education to take a year out. But those doubting Thomases are beginning to look rather blinkered in an age that attaches great value to flexible learning.

Even though a gap year may seem like a period when you do nothing, eventually this breather turns out to be the space for making perfect decisions in terms of life and career. It’s like discovering your true self. It is thus imperative for me to convey the true relevance of gap year programmes and bust a few myths that are associated with them. Many students take time off for a year to study, travel, work, volunteer, hone an art/skill/craft, engage in outdoor adventure programs, learn a new language etc. Apart from releasing the much needed academic pressure, a gap year program would help you to learn about yourself and the world around you and gain perspective and valuable life skills that cannot be learnt within the confines of the class room. According to David Hawkins, director of public policy and research at the National Association for College Admission Counselling, taking a gap year “could actually help students succeed in college,” since participants may be more focused, mature, and motivated for their undergraduate experience.

This does not mean that gap year is only for students who aren’t ready for college, or that there is a strong risk that students won’t go back to school. Studies have shown that students who take gap years perform better and have higher retention and graduation rates.

Colleges and universities throughout the US have followed the lead of Bill Fitzsimmons, Dean of Admissions at Harvard University, who has endorsed gap year for many years. Princeton University, the University of North Carolina and Tufts University have all begun offering funding for well-structured gap years as a means of improving the learning and growth of their students. Traditionally, a gap year has had more takers in UK, Europe and Australia. In the Indian university admissions context, this concept is yet to pick up but to all the Indian kids who are sure that they want to head outside the country after high school and are tempted to take a gap year, I’d say this is a good idea.

You could either apply to a university abroad in your class 12 and once you secure your admission, you can request the university to defer your enrollment and can explain your plans for the gap year. The other option is to apply after class 12, while you are on your gap year. It is no surprise that many students come to me after they are done with their Class 12 Board exams to discuss the possibility of studying abroad and possibly taking a forced gap year as they are not very happy with their academic results. For all such late comers, yes there are still plenty of options that exist for studying abroad. But I d recommend that if you want to take a good shot at all the top world universities, start on time meaning that start when you are in school and if you do want to take gap year….please plan the gap year much in advance, know your top choice schools policies regarding gap years or else you will end up procrastinating which can be dangerous. A gap year is a serious structured time in your life, so please be intentional about the experience and have the right guiding principles about how you are going to develop, and challenge yourself during this time. Like most things in life, you get out of the gap year what you put into it. So, be assured of having a great life experience that will add tremendously to your credentials.