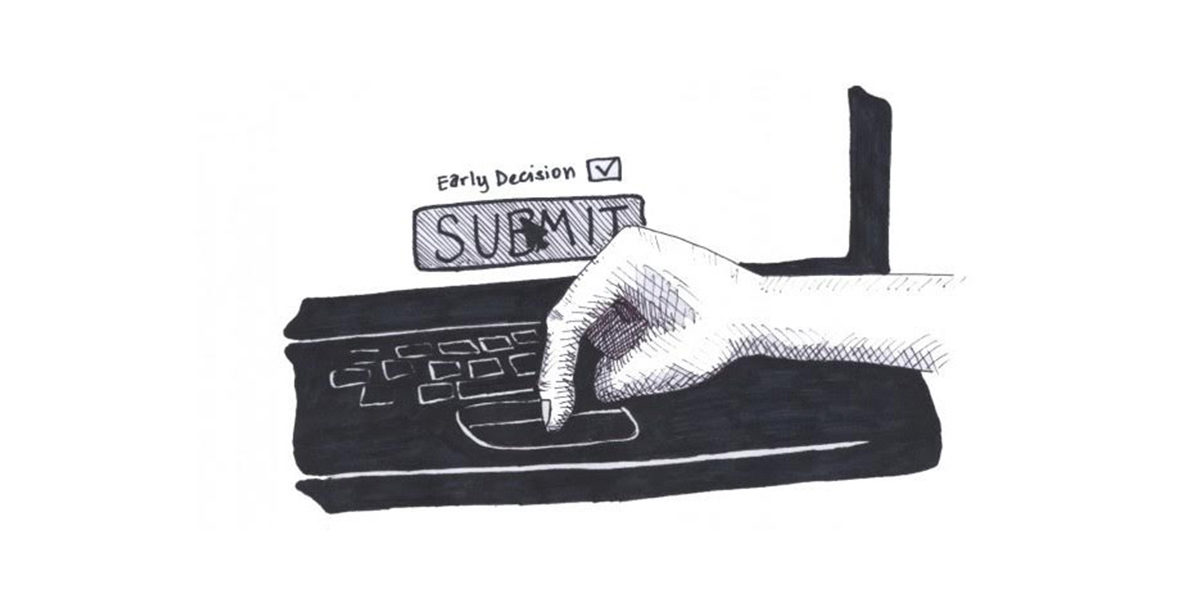 Is applying Early Decision for you?

Early Decision (ED) has grown more popular as the rejection rates for highly selective colleges have continued to climb. In fall 2011, 55% of colleges reported increased applications for their binding ED programs, according to the National Association for College Admissions Counselling and even now these numbers continue to increase. A big reason for the increase is the widespread notion that applying early can increase a student’s chance of admission.

Even if applying ED increases the odds of admission, the real question is that does it make sense for every student to use this option?
So, what really is ED? ED is an application opportunity offered by many US universities/colleges, where an applicant must apply early (Oct/Nov). The applicant then gets an early feedback (an admission decision in December) in exchange for the student’s binding commitment to enroll if accepted. A student can only applyED to one college and if admitted, he/she is expected to withdraw all other regular decision applications that might have been active and enroll at the ED college.

When 17-year olds are trying to decide on the best basket for all their eggs, they might feel the pressure and make a less than ideal choice. So, are you that convinced about your choice or will you suffer from buyer’s remorse?
University of Pennsylvania says: “Early Decision is recommended for students who are confident Penn is their first choice school. There is a higher rate of admission during the Early Decision application process than in the regular decision pool, but also a typically more competitive pool of applicants on average. Applicants considering other options are discouraged from applying Early Decision since it is a binding agreement.”

Yale says: “Applying Early does not increase the likelihood of being admitted to Yale. Historically, the rate of admission among early applicants has been higher than the overall admission rate because many of our strongest candidates, from a wide range of backgrounds and interests, apply early. We therefore offer this advice: Apply Early if you want to receive a decision in mid-December and you are confident of the credentials you will be presenting to the admissions committee early in your senior year”

It is thus true that every college has its own take on whether applying early decision is statistically significant or not. My advice therefore is that rather than over analyzing statistics and using ED as a tactic, if one is convinced about a particular college, one must consider ED. I would also recommend that you keep the following pointers in mind

In conclusion, students can have an advantage applying Early Decision as long as you are certain of your choice and are willing to ignore all other college options to attend that ED college. But no matter what, applying early is no substitute for average grades or standardized test scores or an average overall profile. You must still be in their academic ballpark to get the advantage of ED.