My Take on Some Misconceptions in College Admissions

The web of mysteries that the application process seems is naturally prone to be subject to many misconceptions, some of which are the object of my inspection today. In a sense, this blog is a good natural continuation to my first, which spoke about the inefficacy of the checklist-mentality in US college applications. Like the checklist, certain other ideas are often accepted unquestioningly with a dogmatic rigidity but may in the end be quite unfounded. I cannot refute these claims entirely, but only show their inconsistency with my own experiences. All I ask is that you hear me out and think carefully about the right path for yourself, as we talk about these common misconceptions one at a time.

Misconception 1: APs are effective in giving your application an edge.

My take: there is no documented advantage to taking APs for the purpose of admissions. Taking APs is conventionally a way to gain college credit in high-school and skip some classes once you get there. It has, however, become almost a norm to treat APs as an integral part of the application. Between many colleges saying outright that they do not consider APs and many more affirming that they don’t expect applicants to take opportunities not readily accessible, I would say APs are useful solely in gaining college credit. Expanding on the non-accessibility of APs for Indian applicants, it’s important to keep in mind that APs are part of the curriculum for high schoolers in the US, thus academically competitive students can enrol for these, even in public schools. Opposite that, Indian applicants need to study for and take the APs outside their school curriculum, making it inaccessible relative to Americans. I steered clear of APs, and most of my peers who took them attest that college credit was their biggest plus.

One reason besides credit to take APs is to demonstrate serious interest and aptitude in an academic field. If, for example, a student who hasn’t studied psychology realises during high-school that they would like to pursue it, they can demonstrate their academic interest by taking the psychology AP, so colleges have no doubt of their ability to take it up further.

Misconception 2: Principal LORs, research papers, et al are a sure shot way to stand out.

My take: such achievements and endorsements can be significant to your application, but only in the right context. A letter from the principal, for instance, wouldn’t mean much more than a counsellor’s unless the principal had something integral to add to the rest of the application. Similarly, a recommendation from a CEO or someone in a powerful or prestigious position doesn’t necessarily add any value to your application if something invaluable isn’t being said. In my case, my principal’s recommendation was important to me because she knew me more closely than perhaps any teacher, so adding her voice to my recommendations was deeply meaningful to me, especially because she had a clear perspective to share with the colleges. Research papers are a trend that has always confused me a little. As a college student, the whole idea behind research is to arrive at new conclusions in any field relevant to the world today, which can be used as the basis for further research or practical development. Taking up such a task isn’t something colleges can justly expect high schoolers to take up. Of course, someone could have a very compelling and unique idea, which they have the knowledge and resources to explore, and which is in line with their academic strengths and aspirations. Even so, a research project is more sensible for high-school students, who generally aren’t experienced in formatting or citations the kind such papers require. If they are eager to delve deeper into the subject through research, then that is what they must do. But I would caution applicants against seeing research papers solely to compel admissions-officers. 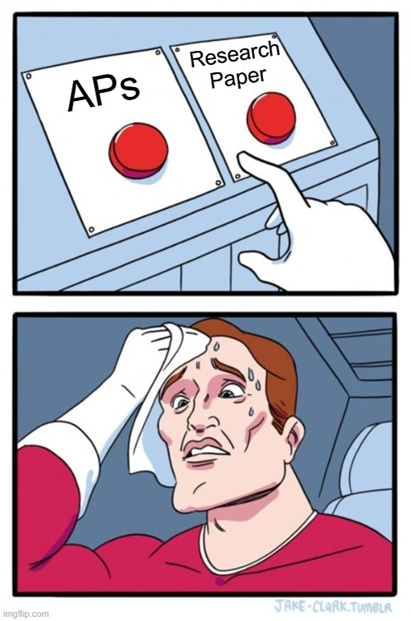 My take: this really does vary from college to college and from applicant to applicant. There are some American colleges that hand out interviews selectively and others that interview all applicants. In my case, I feel the interviews played a big role, as most of the schools I had gotten into were the ones with which I had either had interviews or some other form of interaction beyond just the application, from auditions to significant conversations on email when I was approached. The idea that interviews are subjective was reaffirmed in me when my roommate looked at his admission-file. A point it made was that his admission would depend largely on the interview as the college didn’t have many ways to “contextualise” him. This means that interviews could hold more importance if colleges (or at least mine) are unsure of how your background weighs against others’. The harsh reality is that we can’t be too sure either way, so my suggestion would be to treat interviews much like the essays: be sincere and do your best without worrying too much. Take it as a fun opportunity to talk about things you love. Students should be comfortable talking about their academic and cocurricular interests. They also almost certainly will be asked why they want to attend that particular college.

Misconception 4: colleges will overlook a substantial gap between your predicted scores and actual results once they accept you.

My take: Living up to your predicted scores is crucial, especially for some specific schools. The idea that once you’re in, you’re in and the college won’t care if your actual grades don’t measure up to your predicted scores must not be your guiding force when preparing for your finals. Granted, there are some schools that are relatively relaxed about this, but others (the UCs included), are less so. It would be ideal not to let your guard down in your finals, even if you’ve made it into your dream-school, for the sake of security. Keeping this in mind, remember that realistic predicted scores are necessary even if they aren’t too high, so you can live up to them. Moreover, there are many other factors besides these, including your previous performance, which the colleges consider in admitting you.

My take: As many colleges affirm, early decisions applicants are judged on the same standards as regular decision candidates. Though you may apply early decision to your top choice, it doesn’t mean they would consider you with any greater leniency than they would an RD applicant. They should thus have a complete application, half-hearted in no sense, submitted before the early deadline.

Another, somewhat less common misconception is that an ED acceptance isn’t really all that binding. This is quite unfounded, and though colleges don’t generally take legal action, if you back out of the agreement without a very good reasons (basically financial) or decide to apply ED to more than one college, you risk losing both places. The exclusivity of ED holds true for all countries, not just other schools within the US. Not upholding your agreement will have consequences for you and even potentially future applicants from your school.

On the brighter side, a deferral gives you a very real second chance to get in! Colleges are not in any way obligated to keep considering your application after the early round, so them deciding to do that means they are serious about it. Perhaps I can speak so confidently about this only because I was accepted to my college after first being deferred and someone else may share a different experience with you, but I am certain of one thing: a deferral is in no way a rejection. In my case, I feel the college wasn’t sure of whether I was going to study at a college or a conservatory—I wasn’t sure either and I had spoken about this in my application. In the interview I had after my deferral, I was asked whether I was still interested in going to Harvard, to which I responded with an enthusiastic yes. In hindsight, that question was probably an important one. 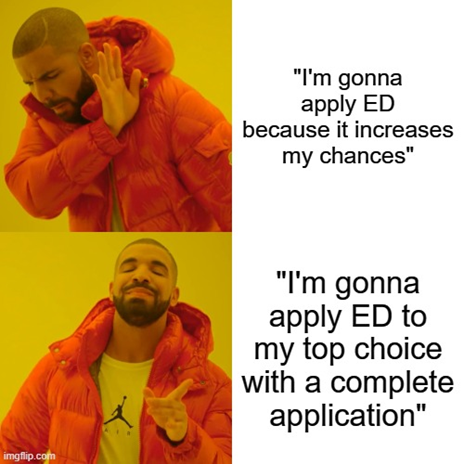 Misconception 6: Community service is a must for every applicant.

My take: while community service can be an effective tool to demonstrate where your passions lie, it isn’t the qualifying factor many treat it as. The admissions officer won’t trash your application just because you don’t have the community service box ticked. Though I taught music to children from economically challenged families during my gap-year, it was really a result of my passion for musical instruction, which I had imparted in some form since my early days in high school. This is a question that I remember coming up often in college info-sessions, and the staple response was that it should be done if meaningful to the candidate. If there is something else justifiably more meaningful to a candidate, he/she won’t be penalised for it.